After careful consideration, and in light of the ongoing Coronavirus (COVID-19) developments, we’ve made the difficult decision to postpone the “International Conference on Dermatology and Cosmetology” (IDC 2020)

Due to growing concerns over the coronavirus (COVID-19), and with the well-being of attendees, partners and staff as the number one priority, we have decided that rescheduling the event is the only responsible course of action at this time.

This event is also going live on the same dates October 26-27, 2020, if you are interested in attending online event— please send a request to get the meeting id at dermatology@magnus-group.org

The Program of the conference will be same with few changes and your registration and accommodation (if booked with us) will be automatically transferred to the new date, so we very much hope that we will see you in May.

Our sincere thanks to all the participants, speakers, sponsors and exhibitors for your understanding and supporting us in this situation.

If you have any further queries, please write in to us at dermatology@magnus-group.org 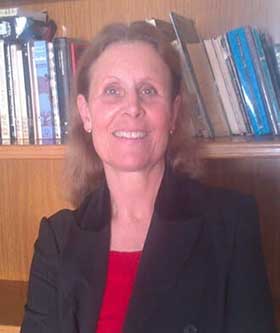 Professor Dr. Luisa Maria Arvide Cambra, Spanish is now Professor with Chair at the University of Almería (Spain) and she was Assistant Professor and Associate Professor at the University of Granada from 1979 on. Thirty nine years of the teaching and researching experience. She is the Director of Research Group HUM113-Estudios Filológicos from Program of Research of Andalusian Government, where she has managed and directed several academic and scientific contracts and research projects, as well as a Member of European Scientific Institute (ESI) Team, Athens Institute for Education & Research (ATINER) in Greece, The Academic Genesis Platform (UAGP) in UK&Turkey and Experts of Academic Excellence Research Centre (EAERC) in Jordan; etc.
She is author of a many works on several aspects of the Arabic science and literature in the Middle Ages, as well as Arabic language and linguistics. She has also participated in different prestigious international scientific Conferences. She has visited a many universities and academic institutions of Europe, United States and Arab countries in order to teach and research. Among her works, we have the study and the translation to Spanish of some treatises of Kitab al-tasrif´s Al-Zahrawi, Ibn Qutayba´s texts, Maqamas of Al-Hariri, The Sicilian Questions of Ibn Sab´in, etcetera.